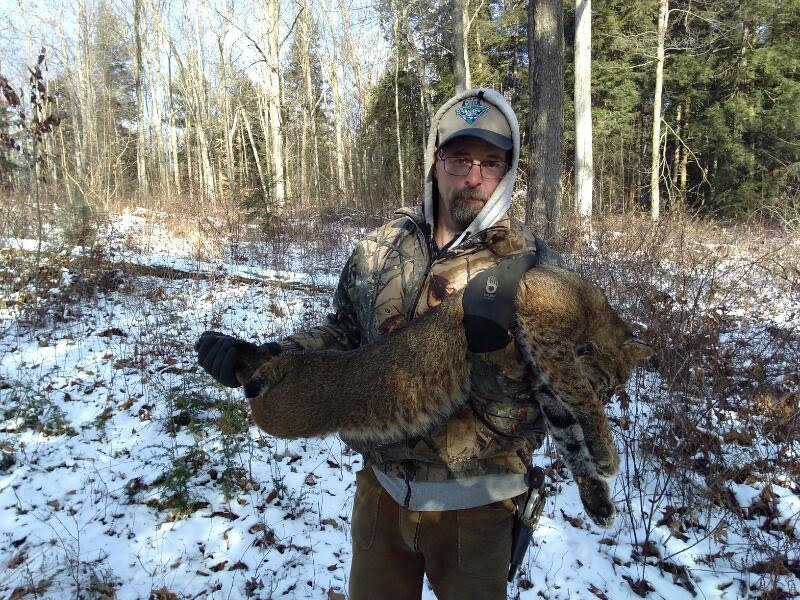 The first hide tanning I ever did were squirrels that I shot when I was a teenager. Every fall, I would order some trapping supplies, and there was a tanning product they sold that was supposed to preserve furs. I would simply scrape off any excess fat or meat, (the squirrels generally didn’t have much fat to begin with) and tack the hide out flat. The tanning powder was added to water to form a paste and spread on the leather, then later scraped off and I think the hide was supposed to be worked a bit, but I was just wanting to keep my ‘trophy’, and didn’t care much if they were soft or stiff. The biggest hide I remember doing this way was  a  red fox, and it lasted for several years, but not surprisingly, they would sort of dry rot eventually, not really being tanned all the way through.

I started trapping at about 8 years old and I’ve never missed a year since, even in times of dismal fur prices, which is pretty much where things are right now, except for a few select type of furs. I sold raccoons as a teen for up to $40 or $50, and those same skins now are worth maybe $8, with the smaller sizes having no value. I’ve sold muskrats for .90 cents and I’ve sold them for up to $18. This year, I decided that if I wasn’t going to make any money on trapping anyway, I might as well take a trapping trip upstate and try to catch a bobcat. They are trophy animals here in PA, and you have to buy a special tag to take one. The season is not open in my home area. I took two of the kids along and we had a good trip, in spite of some really cold weather. The borrowed cabin where we stayed had no insulation and was never really warm unless we huddled close to the wood stove, which had one too many bends in the pipe and smoked badly whenever you opened the door.  For you northerners, 0 degrees is nothing, but for us, it’s cold. Anyway, I don’t think it got much above 10 degrees the whole time, which was fine with me, as traps are easier to keep working when the snow isn’t melting and not a lot of snow was falling, so the traps wouldn’t get buried, either. The good news is, I caught a big bobcat the day after we got the line out. But the kids didn’t catch anything. Maybe next time. The first time trapping a new area or new animal is always a learning experience, no matter what you think you know. 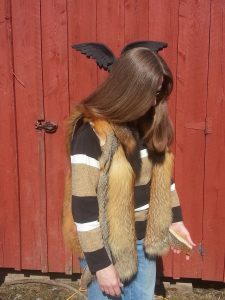 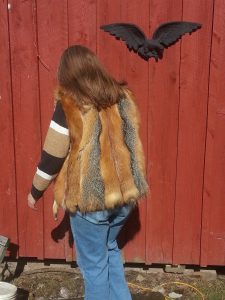 Now I’m at that time of year where I have a mess of fur in the shed and I’m wondering what to do with it. There’s over 100 muskrats that I could sell to the fur buyer, about 25 coon and some mink and fox and I’m still trapping beaver now and then.  I’ve done a fair amount of fur tanning, and what I’ve found is that, for the home tanner, at least this one, fox and mink are the easiest, coon aren’t too bad, but tend to come out a little less soft, and beaver are really tough. The natives called beaver “little buffalo” for a good reason, they require quite a lot of thinning and finesse. And the average eastern coyote is about as much work to soften as a average deer hide, but most people aren’t going to pay $170 for the finished skin. Some furs are going to the tannery and some will be home tanned and the end result-hopefully a fur blanket and some garments- will be a new learning process. We have done a couple fur hats and a fox vest. In the future, perhaps some simple fur garments will be added to our list of homemade items for sale. Like leather, fur is seen as fashionable in certain circles, but it can also be practical.